On getting out of the comfort zone and challenging fears

‘Who am I? Am I good enough?’ On finding your true self.

On getting out of the comfort zone and challenging fears 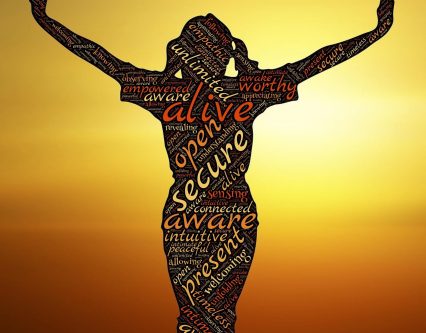 A weekend away with 50 strangers is a scary idea for many people. And it was the same for me, until one weekend I decided to question what I found so scary about it. Of course, there are the usual things and ‘what ifs’, such as ‘what if they don’t like me’, ‘what if I don’t fit in’, ‘what if someone hurts me in some way’. What if? What would happen? What would I do? I realised that where there was a possibility that any of those concerns could happen, but I wondered how probable it really was? Also, if I was thinking about the negative side of this meeting, should I not also consider the possibility of the positive? What might the benefits be? (I.e. meeting new people, enjoying the countryside, doing the stuff I like with like-minded people etc).

On consideration, I realised it would be worth taking the risk and I started preparing for it. However, whenever I told any of my friends about what I had planned, most people’s reaction was: ‘Are you crazy? Isn’t that dangerous?’. So, the challenge was to stand my ground and stay true to my plan. I asked them what it was about my plan that made it any more dangerous than living in London. Unsurprisingly perhaps, I didn’t get any response. So I went. I met a bunch of really nice people and some that might become life long friends now. Was it dangerous? Not a bit!

The main challenge was to question my fears and re-write my own self-limiting beliefs. Once I had done it once, it became easier, the next ‘getting out of the ‘comfort zone’, a self-made prison that kept me restricted for so long, many times resulting in me missing out on so many opportunities, only to regret when it was too late: ‘what if I would’ve had lots of fun?’, ‘What if I could have made another best friend there?’.

So I ask you, what are you missing out on because of your fears? Is it worth it? What would be a little step towards more freedom, even though maybe a little uncomfortable to begin with, but worth it in the long run? Or you maybe find that it was not by far as bad as you thought and you are actually enjoying the process. For some, it might be going shopping on their own, for others reaching out and asking people they know to meet up. Whatever that little step towards your freedom is, work out what you can do, plan it and go for it. It usually is a lot scarier in our minds that in reality. Just like the zombie movies 😉

This site uses Akismet to reduce spam. Learn how your comment data is processed.